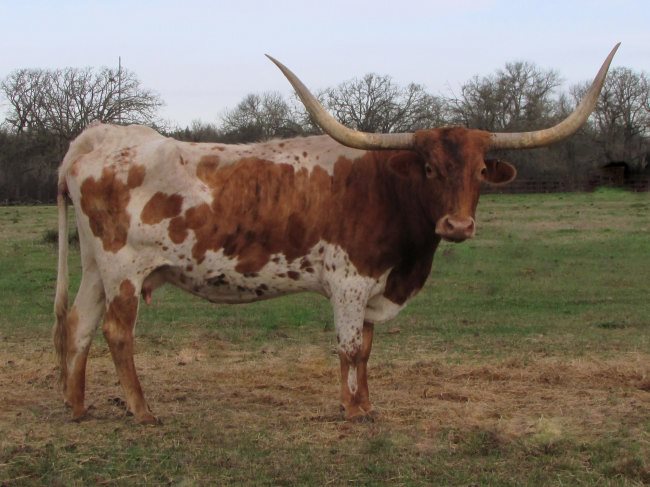 * Star of Texas (Austin) 2009 Reserve Champion Non-Haltered Senior Female *. This is an example of a cow that out produces herself. Scarlet’s mother was a cow that would always have the biggest calf at weaning time but it didn’t take long for one to see that the calf would grow up to be something more than just big. Scarlet is out of Jet Fire BC, an own son of Fireman. His dam was a Jet Jockey daughter that had good Texas twist and tip to tip. The brindle color that you can see in Scarlet comes from her amazing dam. Red Ridinghood was a pet to us and descended from the great Measles’ Super Ranger. Scarlet has shown at a number of shows and has done pretty well for herself. At the ranch she is a producer and never fails to deliver. Scarlet`s last two bull calves are FLASHY! Outlaw did well on the Youth Show circuit and was purchased for his color, size and conformation. Her 2014 bull is also brindle and will make a beautiful trophy steer. We are continuing with her Max mating in the hopes of a colorful heifer!
Price: N/A | Status: FOR SALE 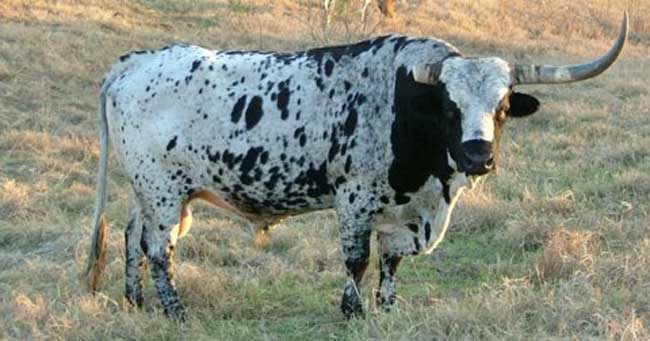 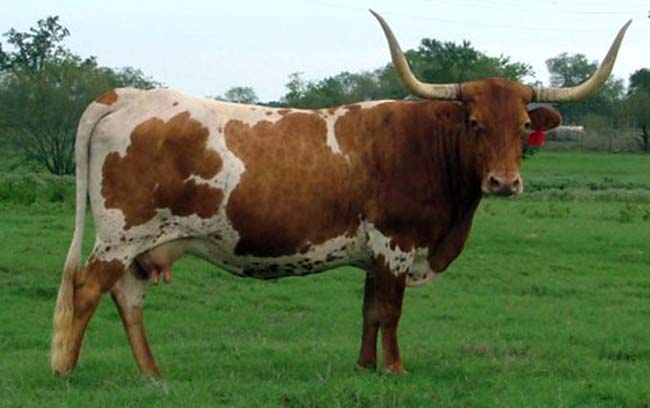 Dam's Dam: YP Red All Over